A Time to Write

I moved from London to Somerset in 2010. Although I had family connections in the area, it was a complete change of scene and lifestyle. I’d spent the previous eighteen years working as a college librarian in Tower Hamlets, a place where the old and the new existed uneasily side by side. I frequently found myself reflecting about the changing residents of the Victorian squares and terraces that had survived the Blitz. 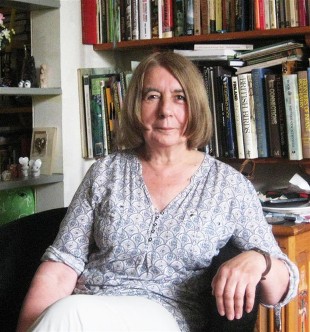 I’d written sporadically over the years but, with a full-time job and live-in grandchildren, had never persisted. Now, in Frome, I had time. I joined Alison Clink’s short story class, entered a one-act play competition, signed up for a novel-writing course and a script-writing group, volunteered at the Merlin Theatre – and discovered friends with similar interests. I had some success with short stories, but all the while those East End reflections were coalescing into something resembling a story. My novel, The Tissue Veil, has had a long gestation, derived not only from those original speculations, but also from friendships with students and colleagues from the local Bangladeshi community in the college where I worked.

I was asked by Alison Clink to take over the organisation of this popular competition three years ago. We get some great short stories, from all over the world, and the contest can be all-engrossing at times – especially when the deadline for entries grows near. I suppose it’s human nature to leave things to the last minute, but online entries arrive right up to midnight on the last day! For information about the competition and how to enter, go to  www.fromeshortstorycompetition.co.uk.

In 2014, I was one of the ten original members of Frome Writers’ Collective. We felt strongly that we could provide locally for Frome writers’ needs – by staging the talks, workshops and social events writers often had to travel to attend and – crucially – by supporting each other on the journey to publication. A year later, we began working on developing our own quality-controlled imprint and in November 2016, we launched Silver Crow Books, together with its first title, Nikki Copleston’s crime novel The Shame of Innocence. My own novel, The Tissue Veil followed in January 2017 and we now have ten Silver Crow titles.