For those of us brought up in the 1950s and 60s, the first decades of the century were when our grandparents were young. Go back one more generation and you had men who had fought in the Boer War. Many of us have lived in houses built at the end of the Victorian era: some of us still do. We live with the memories of that time – we have the artefacts, the printed records, the photographs, even moving pictures to remind us. But now the last 1914-18 Tommy has gone, the early twentieth century has passed into history and we are the grandparents. Mass media has moved on and today young people face a very different set of challenges.

The 1900s and 1910s have proved particularly fertile ground for one Frome author whose dual narrative novel follows story-lines based in this era, alternating with ones set in the near-present age. The Tissue Veil draws on a variety of sources and research as well as personal experience.

Inspired by 18 years working in Tower Hamlets, Brenda Bannister’s The Tissue Veil charts the coming of age of two young women: Emily in the early years of the twentieth century, and Bangladeshi student Aysha  in the twenty-first. Their stories are linked by place – a large Victorian terrace house in east London – and by theme as both girls struggle against family pressures to achieve independence and determine their own course. There is also a time-defying link between them –  fuelled by Aysha’s discovery of a journal and Emily’s sightings of a ‘future ghost’. Their story will appeal to readers from older teens to adult. It is a hopeful book which stresses the importance of friendship. 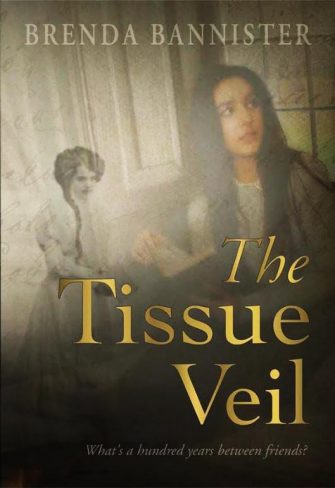